Now is a great time for buying a small business.  Small business valuations continue to improve, if only due to a quirk of timing. Most buyers go back three years in scrutinizing a company’s financials.

Karen E. Klein from Bloomberg Businessweek, a Los Angeles-based writer who covers entrepreneurship and small-business issues, has some insight,

“In October, Silicon Valley entrepreneur Eric Bahn sold Beat The GMAT, his social network startup for MBA applicants, to Hobsons, an education technology company in Cincinnati. The money, he says, was “too good for us to pass up.” Timing was also a big factor: The sale closed before a raft of tax increases stemming from Obamacare and the fiscal-cliff deal kicked in on high earners in 2013. “Some others in the Valley are wallowing a bit in their alcoholic beverages right now, feeling like they missed a good time for liquidity,” Bahn says.

Clearly the impending tax increase was a major driver of late-year 2012 sales, but other factors are coalescing around an improving M&A market: aging boomers looking to retire; large companies that have amassed considerable cash reserves since the fiscal crisis; and laid-off employees approaching middle age, who are turning to entrepreneurship rather than trying to find full-time employment.

The solution for some midsize business owners is to buy small competitors and incorporate their technology and skilled workers. “We had a printing company client who couldn’t find good pressmen, so he bought a couple small companies that were going under,” Murphy says. “Those employees are now working 40 to 60 hours a week, where they were only getting 20 hours a week before.”

Bahn and seven of his employees from Beat the GMAT stayed on after the acquisition and now work in Hobsons’ Web properties group in San Francisco. When his friends complain about their tax troubles, he tells them they’re “facing a first-world problem. You have to pay a little more taxes, but that’s because you were successful and made a lot of money.” 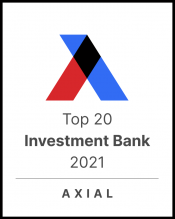