When the economic news is negative, people start looking for reasons not to buy a company. Buyers get more cautious, lending tightens, and deals slow down. We’re seeing due diligence take significantly longer than it did just a year ago. You might be thinking that it’s becoming a longer and more involved process to sell my business.

Due diligence was already an extensive process, but sellers today are facing greater frustration as buyers and lenders ask more questions and require more paperwork.

Anticipate the assurances a buyer will require and get those documents lined up ahead of time. When collecting information to market the business, do more than check the numbers. Pull reports and make copies.

As a matter of course, buyers will be looking for internal financials, tax returns, historical customer concentration, included and excluded assets, leases, insurance, and retirement and benefit plans. The list goes on and on.

As I said in last month’s column, not only are today’s buyers examining your customer concentration, they want to know how healthy and established those customers are. In other words, they’re digging deeper. And they are taking less on faith.

When times were at their best, buyers thought everything they’d touch would turn to gold and waived off some due diligence. Today, the pendulum has swung the other way. People are asking for a lot more verification, dotting every i and crossing every t twice.

Eventually, these due diligence requests should swing back to the middle. But for now, it takes an organized team to get a deal done.

From a buyer’s perspective, more information equals less risk, which equals higher value. For sellers, that means the more prepared you can be—the more accurate and organized—the better your chance to sell your company and get the highest value.

Buyers put a premium on organization. Take two identical businesses—one has a responsive owner who can supply records quickly. The other takes weeks to reply, and numbers don’t always add up. Now more than ever, that second deal is unlikely to close.

And by the time our second scenario falls apart, a seller may have invested 60+ hours into due diligence activity. That time comes at a cost.

The right team will anticipate requests and assist with follow up—knowing what records to pull and which officials to consult.

As I’ve said before, time kills all deals. Sloppy sales aren’t going through, but organized sellers with the right team of specialists are still getting results, at values that may surprise you. It may take a few more months and a dozen more forms, but we’re still reaching that closing table. Exhausted, but successful.

Scott Bushkie is President of Cornerstone Business Services, a low to middle-market M&A firm with offices throughout the upper Midwest. Reach him by phone at (888) 608.9138 or sbushkie@cornerstone-business.com 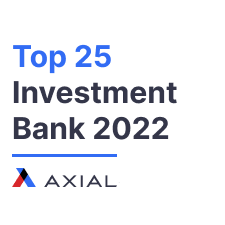